Speaker: [00:00] Hey guys, welcome to the first Ask Glynos SEO, and obviously, I’m completely new to this whole video production thing. So, I doubt that I’ll get right,; I even got my sunglasses on, how fun is that? Basically, thisThis is going to be the first video on a SEO series that I’m starting on YouTube,. I may do snippets here and there, or I’ll take off and I’ll put it on other platforms. 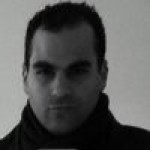 The sole purpose of Omega Digital is to empower our clients by providing digital marketing expertise to advance their lead generation and business growth objectives. Our ultimate goal is to help them achieve enhanced profitability and positive returns to their online marketing investment. Andrew Glyntzos (founder of Omega Digital) has been heavily involved with the deployment of many online marketing campaigns stretching across many different industries. Andrew has worked with both national and international companies including Bing Lee, Kennards Self Storage and Recall.
Older Post Six Year Journey of Omega Digital – Anniversary Blog
Newer Post What is the difference between Crawling & Indexing?